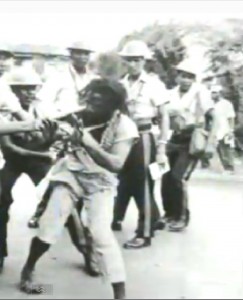 Coral gardens community erupted in violence due to a land dispute which started the previous year near Montego Bay’s Rose Hall Plantation. The dispute involving Rudolph Franklin a Cornwall College graduate, (who was reportedly farming illegally on land in the Tryall area owned by the Kerr-Jarrett family) led to an explosion of violence which was wrongfully blamed on the Rastafarian Community. Although Franklin, the son of an estate watchman, was a ‘beards man’ The story goes that he was cultivating his small garden, and one day on his way back from the field he stopped at the Ken Douglas 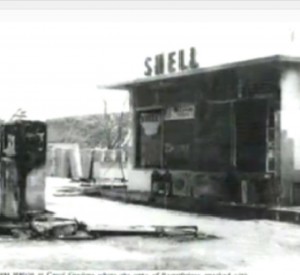 Shell gas station to ask for a glass of water. Instead of giving him water, the attendant sprayed him with gasoline and threatened to light a match if he didn’t leave.” “Franklin got mad and the attendant called the police. During the altercation with the police officer, he was shot five times and left for dead. Franklin was taken to Montego Bay hospital where he was treated but, on his release, was charged with resisting arrest. He was sentenced to six months in prison and, according to those who knew him, was an embittered person when released in early 1963. Further police harassment, they said, pushed him over the edge and sparked the Coral Gardens attack. On Thursday April 11, 1963, Franklyn and five accomplices appeared at the Ken Douglas Shell gas station at dawn, they hacked to death a white driver who happened to stop, and then they set the station on fire. They went to a nearby motel, murdered a hapless guest, and then retreated to the hills. The Rose Hall estate overseer was their next victim, having just put his goats out to pasture.” Franklyn and two of his accomplices, Lloyd Waldron and Noel Bowen, were killed at Coral Gardens.  The resulting violence created panic amongst middle-class and elite Jamaicans, and prompted public calls for retaliation against the Rastafarian community, and lead to the island wide manhunt for the other accomplices’. Government officials quickly responded. After false reports of a Rastafarian uprising spread in Western Jamaica, Prime Minister 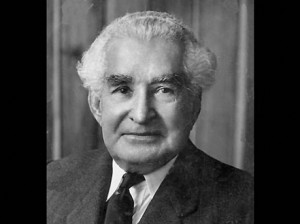 Alexander Bustamante mobilized police forces on Good Friday April 12th throughout the region. In the days preceding Easter in 1963, police arrested, beat, jailed, and tortured hundreds of Rastafarians in what became one of the country’s most infamous anti-Rasta campaigns. Hostilities against the Rastafarian community had been brewing for quite a few years before in Jamaica. Alexander Bustamante’s more intellectual cousin, Norman Manley, then premier of Jamaica, had issued warnings against Rasta’s. In 1960 after the capture of Cladius Henry, for treason, and his wild son, Ronald, for murder/sedition, Manley said of Rasta’s, “These people – and I am glad that it is only a small number of them – are the wicked enemies of our country. I ask you all to report any unusual or suspicious movements you may see pertaining to the Rastafarians.” The two others, Carlton Bowen and Clinton Larman, were charged with murder and went on trial in July 1964. They were found guilty and sentenced to hang following a month-long trial presided over by Justice Ronald Small, father of current Queen’s Counsel Hugh Small. Bowen and Larmond were hanged on December 2, 1964.]]>