The Ethiopian World Federation sets as one of its objectives “the promotion of love and goodwill among Ethiopians at home and abroad.” The Federation is bound and determined to promote and insist on the growth of this spirit of love among its members and among all Black peoples. The possession of this spirit is fundamental. It is an absolutely necessary antecedent to the realization of other objectives, including a place in the Sun for the Sons of Ham. END_OF_DOCUMENT_TOKEN_TO_BE_REPLACED

From the original Voice of Ethiopia April 5, 1948 Question: Perceiving the great benefit the Ethiopian people have been able to derive from the Constitution which Your Majesty has been pleased to grant to them 27 years ago, and observing the great change and improvement in the way of life of the people since then, Your Majesty has been once again pleased to grant the new Revised Constitution on the Twenty-fifth Coronation Anniversary to suit the politically and intellectually advanced state of the present generation. This Revised Constitution has enabled the entire Ethiopian people to have the right to elect and be elected to Parliament. Consequently, we find today the representatives of the people performing their duties in Parliament after being elected by secret ballot in the spirit of the Constitution. Would it please Your Majesty to make known your views on the significant changes that have come about in the country within these 27 years? END_OF_DOCUMENT_TOKEN_TO_BE_REPLACED 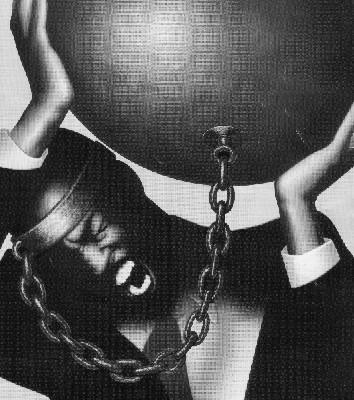 Article from the original Voice of Ethiopia Volume 1, Number 25 Saturday July 17, 1937 Some time ago I wrote in this column that the white race would be looking on to see the failure of the efforts being made by black people here, to assist Ethiopia. I said also that many members of our race had become distrustful of any organization formed by Black people because they had the habit of falling for one reason or another. There are reasons why our efforts to advance often meet with failure – internal quarrels and external opposition. It is necessary therefore that in our attempt to take our proper place in the world, our organizations be intelligently set up and honestly and efficiently administered. Endurance The Black race is capable of keeping alive under the most adverse circumstances. The history of the slave period and after proves this. Here we go on living patiently enduring the shortage of the necessities of life, and continuous toil with no other prospect in view. END_OF_DOCUMENT_TOKEN_TO_BE_REPLACED

Article from the original Voice of Ethiopia Volume 2, Number 35 Saturday September 24, 1938 We must choose between collective action and individual action. Human beings are drawn together living in communities for their mutual benefit. They are drawn by an instructive force to live together in groups for their mutual protection. But frequently they fail to avail themselves completely of the benefits of collective action. Individual Action There is no system which cannot be shown to possess some advantage over another system which has the same purpose. Individual action has certain advantages over collective action. When government is in the hands of one man or a small group decision can be made more quickly and executed with greater speed than when it depends on collective action. But the possibilities of effort are far greater. A man’s knowledge and experience are limited, his emotions are at times unreliable. For these reasons error is more likely to occur than if he had the knowledge and experience of many persons to draw upon. END_OF_DOCUMENT_TOKEN_TO_BE_REPLACED 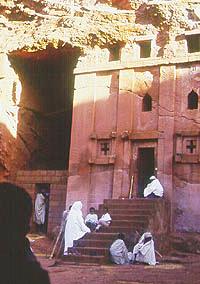 Article from the original Voice of Ethiopia Saturday September 11th, 1937 This Historical data was printed with the permission of Professor William L. Hansberry of Howard University and the Ethiopian Research Council of Washington, D.C. The foregoing references and traditions-all of them except the account of Piankhy’s conquest, drawn from non-Ethiopian sources-reveal that the Ethiopians of antiquity were widely known throughout the ancient world as a people particularly devoted to the promotion of justice and righteousness as living and practical forces among men. In the Middle Ages the trend in events and development was essentially the same. END_OF_DOCUMENT_TOKEN_TO_BE_REPLACED