Official residence of H.I.M Haile Selassie 1st of Ethiopia who was exiled in the United Kingdom from 1936-41; Following the invasion of Ethiopia by Mussolini’s (Italy), it was from this house that the Emperor conducted the resistance movement and planned his return to Ethiopia.

It was at this house that eminent Black Activists from the USA; visited Emperor Haile Selassie 1st  to lay plans for the creation of the international organisation which would galvanise the international support; to secure financial and concrete aid to support refugees and assist in the Liberation of Ethiopia.

[emember_protected for=2-3 custom_msg=”Please Login or Join us to see the rest of this Post, Click Member Login on Menu Bar”]

During a meeting which was attended by various residential groups, councillors and Rastafarian’s a and officers of the Federation a constitution was submitted and ratified by those present. The management committee who will act in partnership with the City council; the Ethiopian World Federation has aquired a permanent seat on this committee. 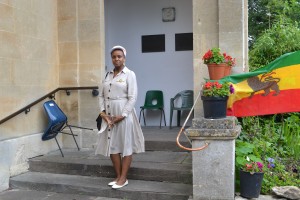 FAIRFIELD HOUSE 15 JULY 2012[/caption] It was a historic occasion the Ethiopian World Federation Incorporated opening its convention at its spiritual home Fairfield House Sunday July 15th 2012; where delegates first visited H.I.M Haile Selassie 1st to discuss the formation of the Federation and where the resistance movement was directed; as said by one elderly resident 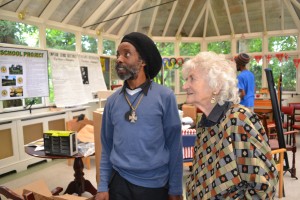 Elders and residents explored the Federation newspaper from the 1930’s with great interest not being aware of the organisation or its history or works. The organisation reiterated its commitment to supporting the committee and any future trust; also taking up its place on any such committee/trust 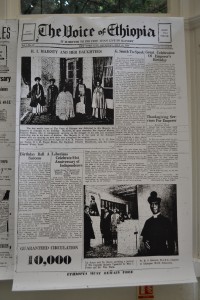 We were given an update of the problems by the coordinator and a history of the Rastafarian, Orthodox Church and others who had utilised the centre over the years since 1992. Concern was expressed about ones having a solely spiritual view of Fairfield House and some individuals or groups had taken a view of taking over the house but not respecting the Emperors wish to maintain a link with the elderly. 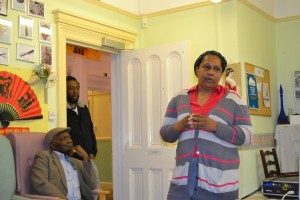 Again the Executive Council officers reiterated that we are an Ethiopian organisation and we are committed to the continued use of the house for the elderly and developing information around Haile Selassie 1st time in Bath the Italian War and the resistance movement.