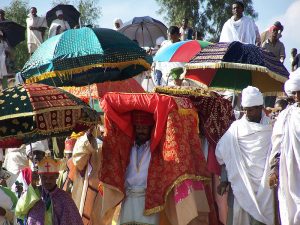 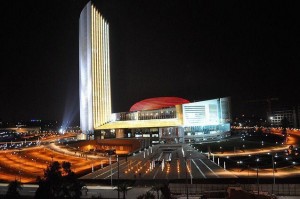 Africa, the richest continent, is emerging from more than thousands years of invasions, occupations, slavery, distress… We Africans endured and appreciated struggles, rebellions, resistances with self determination, leading to victories, freedom, independence and sovereignty wherever and whenever it was possible. Then we witnessed the creation of the Organisation of African Unity (OAU), on May 25th 1963, a divine gift, which has been truly instrumental in term of liberation and freedom of our people. Amongst many great African leaders assembled, two Heads of State, President Dr. Kwame Nkrumah of Ghana and Emperor Haile Selassie I of Ethiopia stood out in shaping the future of Africa. They and others inspired us to invest and commit ourselves to a just and noble cause: the Unity of our continent at all levels. END_OF_DOCUMENT_TOKEN_TO_BE_REPLACED 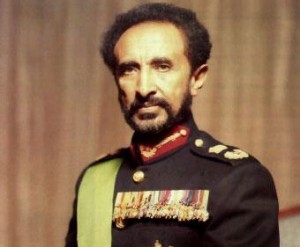 Marks the date Haile Selassie I visited Jamaica in 1966. The visit was the only time the Emperor visited Jamaica. A Nyabingi session, inclusive of music, chanting and prayer is held to mark the occasion. Haile Selassie had already met with several Rasta elders in Addis Ababa, and had allowed Rastafari and other people of African descent to settle on his personal land in Shashamane. Selassie’s visit not only cemented respect for Rastafari in international headlines, but also changed the life of Rita Marley, Bob Marley’s wife. While a nonbeliever prior to this visit, she reportedly saw a stigma on Haile Selassie’s hand as he waved to the crowd, instantaneously making her aware of his divinity. Just moments prior, Selassie’s refusal to walk on a red carpet from his plane to the limousine translated into the Rastafari acceptance of grounation, indicating his “making contact with the soil”—and, furthermore, the name of this day as Grounation (or Groundation) Day. END_OF_DOCUMENT_TOKEN_TO_BE_REPLACED

eadership of the non-violent civil rights movement in the United States. He was assassinated at the Lorraine Motel in Memphis, Tennessee on April 4, 1968, at the age of 39. A Baptist minister, King became a civil rights activist early in his career. He led the 1955 Montgomery Bus Boycott and helped found the Southern Christian Leadership Conference (SCLC) in 1957, serving as its first president. King’s efforts led to the 1963 March on Washington, where King delivered his “I Have a Dream” speech. There, he expanded American values to include the vision of a color blind society, and established his reputation as one of the greatest orators in American history. END_OF_DOCUMENT_TOKEN_TO_BE_REPLACED

As part of the anniversary observances, the Rastafari Millennium Council and the Coral Gardens Committee and other groups Thursday organised a protest march and motorcade from downtown Kingston to the seat of Parliament at Gordon House and on to Half-Way-Tree for a rally at Mandela Park.
END_OF_DOCUMENT_TOKEN_TO_BE_REPLACED
« Older Entries